America Fulfilling Revelation 13:11-17 — The Mark of the Beast is Near 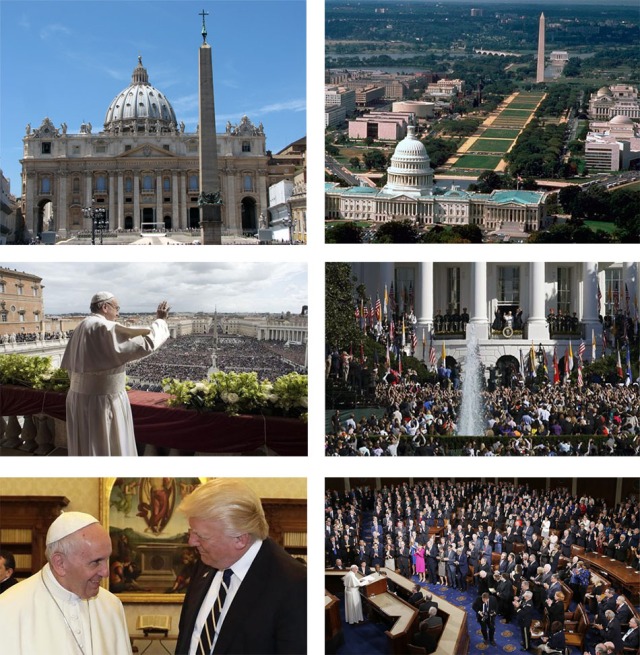 While the White House release below might sound good on the surface to Christians who are not students of end time Bible prophecy, it is a clear sign of the approaching fulfillment of prophecy concerning the mark of the beast, before the second advent of Jesus Christ. President Trump identifies America as a nation of believers, and by that we assume he means Bible believing followers of Jesus Christ; however, that is far from true. I personally know many more atheists, new agers, Buddhists, Hindus, Catholics, stardust, goddess, angel and self as god worshippers than I know true Bible believing Christians.

This is breaking down the wall of separation between Church and State in America, where religion is dictating to the state. Next America will begin to speak like a dragon and legislate religious practice, particularly as encouraged by the Evangelical Churches (via his Evangelical Advisory Committee) and others who have joined hands with the Vatican, which practices will not be biblical, but commandments and traditions created by man contrary to God’s law.

The two horned lamb-like beast (America) is forming an image to the beast (the Roman Catholic Church/State system) as the wall of separation between Church and State comes down. Soon the two horned beast will speak like a dragon, and America will begin legislating matters of conscience, religion and faith in support of the beast and the false prophet (apostate Evangelical and Pentecostal Protestantism which has joined hands with the beast system), and persecution will follow, just as it did at the hands of Papal Rome in the dark ages. All people of faith, whatever faith or religion you may follow, should be concerned.

The Bible tells us that the United States will enforce the mark of the beast, initially with economic sanctions for violators (that no man might buy or sell, save he that has the mark of the beast in his right hand or forehead), followed by death decrees. This is all about worship, so has to do with our beliefs (forehead) and actions (right hand), not an actual physical mark. It further comes down to day of worship—Sunday worship as instituted by the Roman Catholic Church with no biblical support therefor, or Sabbath worship as commanded by God in His law, which was instituted in Eden and will exist into eternity. It may also involve idolatry (“cause that as many as would not worship the image of the beast should be killed”), since the 2nd commandment prohibiting idolatry was removed in the Catholic Catechism so they could encourage the pagan practice of bowing down to and worshipping statues. The early statues of Mary and the saints were just renamed statues of pagan gods introduced into Catholicism to entice pagans to join.

Prophecy in the Bible has never failed, nor will it fail now as we approach the end. Watch and listen closely to what is coming out of the Vatican and the White House so you will not be caught off guard and unprepared. Most importantly, keep your eyes stayed on Jesus, your mind focused on the Bible, and your soul in a state of prayerful surrender to the leading of the Holy Spirit in all things that He convicts you of.

Religious Freedom in the US

President Donald J. Trump Stands Up For Religious Freedom In The United States

America is a nation of believers, and together we are strengthened by the power of prayer.

A VOICE IN THE WHITE HOUSE: Today, President Donald J. Trump signed an Executive Order to ensure that the faith-based and community organizations that form the bedrock of our society have strong advocates in the White House and throughout the Federal Government.

PRIORITIZING RELIGIOUS FREEDOM: President Trump has made it clear that religious freedom is a priority throughout his Administration.

ONE NATION UNDER GOD: President Trump has publicly stood with people of faith and with those who advocate for the sanctity of life.

PROTECTING RELIGIOUS FREEDOM: Throughout his tenure as President, Donald Trump has been a champion for religious liberty in the United States, restoring the ideals that have undergirded our Nation’s freedom and prosperity since its founding.