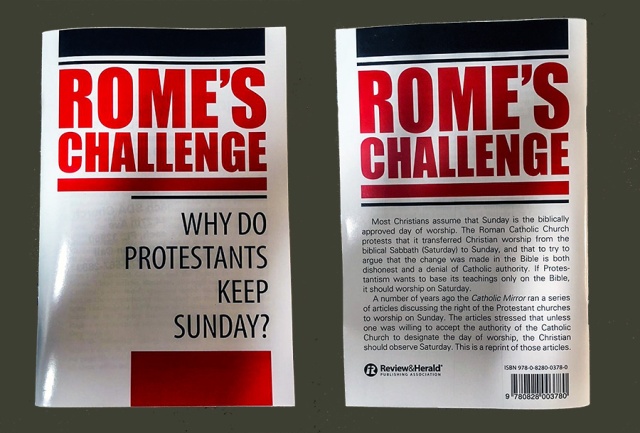 I am curious to know if Christians who do not believe we are required to obverse the 4th commandment, also believe that we are at liberty to worship other gods, make and bow down to idols, take God’s name in vain, dishonor our parents, murder, commit adultery, steal, bear false witness and covet our neighbor’s spouse, house and belongings? I am also curious to know if they understand where Sunday came from.

I personally was a Sunday keeper most of my church going life until a year and a half ago when the Holy Spirit convicted me on the Sabbath and led me to the truth, contained in God’s word, that it is as binding upon us now as it ever was – if we have chosen to follow and obey Jesus, that is. He says: “If you love me, keep my commandments” and more critical to the times we are now in: “Here is the patience of the saints: here are they that keep the commandments of God and the faith of Jesus.” Revelation 14:12.

All who study history know that it was the beast system identified in Daniel 7 and further revealed in Revelation 13, 17 and 18, that attempted to change laws and times (Daniel 7:25) when in 321 AD Emperor Constantine decreed the venerable Day of the Sun. Following this initial legislation, both emperors and Popes in succeeding centuries added other laws to strengthen Sunday observance. What began as a pagan ordinance became a Christian regulation—not by God’s command, but by man’s decree and tradition.

On the heels of the Edict of Constantine followed the Catholic Church Council of Laodicea (364 AD): “Christians shall not Judaize and be idle on Saturday (Sabbath), but shall work on that Day: but the Lord’s Day, they shall especially honour; and as being Christians, shall, if possible, do no work on that day. If however, they are found Judaizing, they shall be shut out from Christ.” This was their attempt to create a distinct separation between Christians and Jews, and to be more appealing to pagans who liked worshipping the sun god on Sunday. Note: “Lord’s Day” only appears once in the Bible, in Revelation 1:10, where John says “I was in the spirit on the Lord’s day, and heard behind me a great voice, as of a trumpet,” however, he is referring to the Sabbath, which the apostles and early Christians kept until the decrees, teachings and traditions of men were forced on them (eventually under penalty of death, which will happen again in days to come).

The Church of Rome can attempt to change God’s laws and times, but that is all she can do – attempt. No one can change God’s law but God Himself, and since He never changes (Malachi 3:6), even He cannot change His law which He spoke from His lips (Psalm 89:34) and wrote with His finger in stone and placed in the mercy seat of the ark of the covenant. The laws and ordinances of Moses, which were shadows of Christ whose purpose were fulfilled in Him (except the final three feasts not yet fulfilled), were placed in the side pouch of the ark.

The Feast of Atonement/Cleansing of the Sanctuary is taking place now in the heavenly sanctuary (Hebrews 9:11-28); Feast of Trumpets will be completed soon (1 Corinthians 15:-51-53); and Feast of Booths or Tabernacles will be accomplished after the thousand years and completion of the great white throne judgment when “whosoever was not found written in the book of life was cast into the lake of fire”, and after the new Jerusalem comes down to earth from heaven “And I heard a great voice out of heaven saying, Behold, the tabernacle of God is with men, and He will dwell with them, and they shall be His people, and God Himself shall be with them, and be their God,” (Revelation 21:3).

If you want to be really enlightened as to who is behind the Sunday (Satan of course, but human agency I am referring to), read “Rome’s Challenge: Why Do Protestants Keep Sunday?” or just google the Catholic Mirror letters published in September 1893 calling Protestant’s to give evidence from the Bible for why they keep Sunday because there is no scripture in the Bible to support it, as the RCC well knows, since it is the alleged “Mark of her ecclesiastical authority and power in all things” by which they and they alone claim authority for the change (“speaking great words against the Most HIgh”). Once I was convicted of the fact that I was not only not keeping God’s commandment, but in fact keeping the day legislated by the beast system, I “repented in ashes and sackcloth” and turned immediately, only to discover the most amazing blessing that God provides for us in the keeping of His Holy Day, the Lord’s Day vs. the traditions of man. It has not yet, but this will eventually be legislated (Sunday worship – read Francis’ Laudato Si and listen to his rhetoric being spewed around the world for the “common good”, unity and setting aside doctrine for the purpose of destroying Protestantism and pulling everyone back into the Catholic Church, and just watch what is happening globally as it relates to enactment of Sunday laws), and will become the basis of the “seal of God” (given those living in obedience to God) vs the “mark of the beast” (given those living in obedience to the Beast/Satan). I thank and praise God with all my heart and being that He led me to the incredible blessing of keeping His Holy day now, and I look forward to keeping it through eternity. I pray that same blessing for all my Christian brothers and sisters. Keeping the 4th commandment now may cause some challenges for us, but it is nothing compared to what it will be later when Sunday is enforced. Read Revelation 14:6-12 and pray the Holy Spirit to lead you in all understanding of the message we are being given now. Jesus told us: “Be not deceived”. Satan is doing everything in his power to deceive every Christian he can. 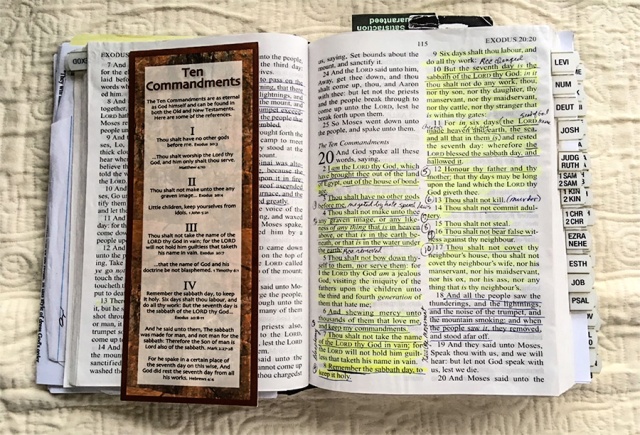