Happy Resurrection Sunday – He is Risen! 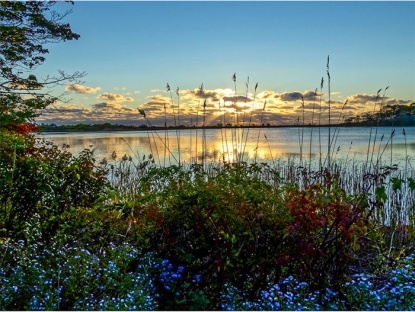 1 Corinthians 15:20-23 “But now is Christ risen from the dead, and become the firstfruits of them that slept. For since by man came death, by man came also the resurrection of the dead. For as in Adam all die, even so in Christ shall all be made alive. But every man in his own order: Christ the firstfruits; afterward they that are Christ’s at his coming.”

1 Corinthians 15:55-57 “O death, where is thy sting? O grave, where is thy victory? The sting of death is sin; and the strength of sin is the law. But thanks be to God, which giveth us the victory through our Lord Jesus Christ.”

Hebrews 2:14 “Forasmuch then as the children are partakers of flesh and blood, he also himself likewise took part of the same; that through death he might destroy him that had the power of death, that is, the devil;”

Matthew 28:1-10 “In the end of the sabbath, as it began to dawn toward the first day of the week, came Mary Magdalene and the other Mary to see the sepulchre. And, behold, there was a great earthquake: for the angel of the Lord descended from heaven, and came and rolled back the stone from the door, and sat upon it. His countenance was like lightning, and his raiment white as snow: And for fear of him the keepers did shake, and became as dead men. And the angel answered and said unto the women, Fear not ye: for I know that ye seek Jesus, which was crucified. He is not here: for he is risen, as he said. Come, see the place where the Lord lay. And go quickly, and tell his disciples that he is risen from the dead; and, behold, he goeth before you into Galilee; there shall ye see him: lo, I have told you. And they departed quickly from the sepulchre with fear and great joy; and did run to bring his disciples word. And as they went to tell his disciples, behold, Jesus met them, saying,All hail. And they came and held him by the feet, and worshipped him. Then said Jesus unto them,Be not afraid: go tell my brethren that they go into Galilee, and there shall they see me.”

Why did an angel roll away the stone?

“The angel came, rolled back the stone from the door, and sat upon it. Our Lord Jesus could have rolled back the stone Himself by His own power, but He chose to have it done by an angel to signify that having undertaken to make satisfaction for our sin, He did not break prison, but had a fair and legal discharge, obtained from heaven. He did not break prison, but an officer was sent on purpose to roll away the stone and open the prison door, which would never have been done if He had not made a full satisfaction.

But being delivered for our offences, He was raised again for our justification. He died to pay our debt, and rose again to gain our acquittal. The stone of our sins was rolled to the door of the grave of our Lord Jesus (and we find the rolling of a great stone to signify the contracting of guilt – 1 Samuel 14:33), but to demonstrate that divine justice was satisfied, an angel was commissioned to roll back the stone. The angel did not raise Him from the dead, any more than those that took away the stone from Lazarus’s grave raised him, but by this he intimated the consent of Heaven to Christ’s release, and the joy of Heaven in it. The angel’s sitting upon the stone, after he had rolled it away, is very observable and shows a secure triumph over all the obstructions of Christ’s resurrection. There he sat, defying all the powers of hell to roll the stone to the grave again. The angel sat as a guard to the grave, having frightened away the enemies’ guard; he sat, expecting the women, and ready to give them an account of Jesus’s resurrection.”

Adapted from Matthew Henry’s Commentary on the Whole Bible