God is Not the Easter Bunny 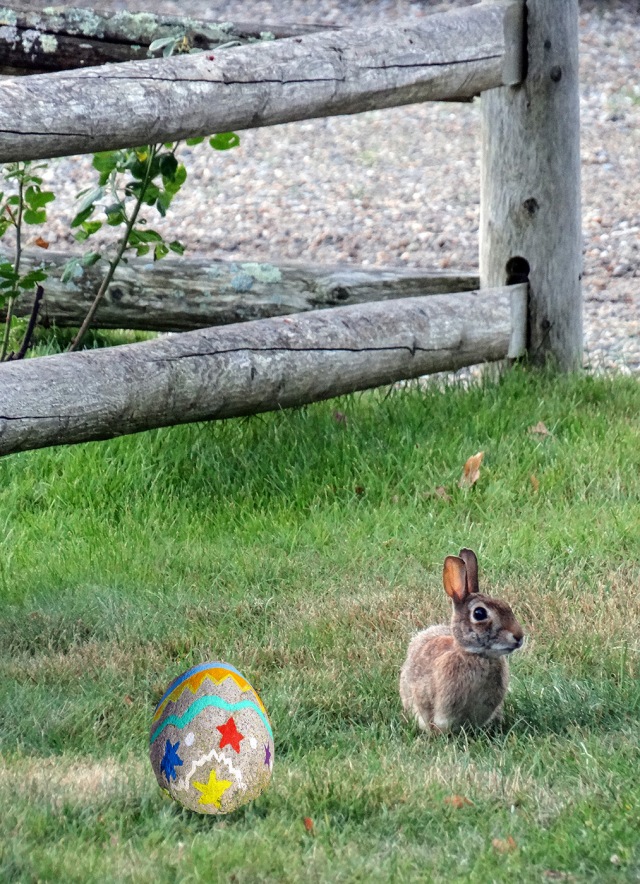 Jeremiah 16:19 “O LORD, my strength and my stronghold, and my refuge in the day of distress, to You the nations will come from the ends of the earth and say, ‘Our fathers have inherited nothing but falsehood, futility and things of no profit.’”

Psalm 40:4 “How blessed is the man who has made the LORD his trust, and has not turned to the proud, nor to those who lapse into falsehood.”

The World is filled with so many nonsensical beliefs foisted upon us from the time we are little children, that it is not surprising the children of the World grow up to become such easily fooled adults. We start out being led to believe—by our own parents, the ones we look to for our information about the reality of life—in the tooth fairy, Santa Claus, the Easter Bunny, dragons, fairies, leprechauns, unicorns, etc.

One day we realize the truth that the tooth fairy, Santa Claus, Easter Bunny, dragons, fairies, leprechauns and unicorns are not real, and we are disappointed, sad, maybe even a little angry—our programmed belief system has been threatened—we can no longer even believe our creator parents; however we keep searching for something to believe in, not realizing our heart’s desire is for our Creator God, and only He can satisfy our yearning. The children of the World, have been established at that young, impressionable age, to believe in fantasy, to believe lies, and unless they come to know the true and living God at some point, they spend the rest of their lives seeking after dangerous fantasy beings, as they once sought dragons and unicorns, and Satan is more than happy to accommodate their seeking.

The children of the World then grow up to be adults easily led to believe in goddesses, all manner of deities, gurus, charlatans, humanism, government as provider, politicians as friends, the military as protection, banks and investment firms as security, one-world government and religion as good, and lies as truth. Satan is behind all these seemingly harmless, enchanting, solid and secure-sounding deceptions, and he is really good at what he does.

Psalm 4:2 “O sons of men, how long will my honor become a reproach? How long will you love what is worthless and aim at deception?”

Jeremiah 13:25 “This is your lot, the portion measured to you from Me,” declares the LORD, ‘because you have forgotten Me and trusted in falsehood.’”

It is not surprising that many “Christians” who grew up with these fantasies rather than a solid foundation of the knowledge of God, likewise become believers in and dependent on the World system, rather than placing their complete trust in God. If we believe in God, Jesus, the Holy Spirit, religion, then like Santa Claus, they could be proven to be untrue, so Satan whispers to us: “Best to keep all your options open and available to you—don’t put all your eggs in one basket”. It is only when we intimately know God, Jesus and the Holy Spirit that we are able to discern the fantasies of the World for what they are—lies and deceptions promoted by our enemy. So if you believe in God, stop it now, and know Him.

In John 17:3, Jesus prayed: “This is eternal life, that they may know You, the only true God, and Jesus Christ whom You have sent.” If we have accepted the gift of eternal life through faith in Jesus Christ, we have come to know God; however, we need to come to know God far more deeply and intimately than we do—to keep seeking and searching the unsearchable Him to know more of the depths and wonders of Him.

After twenty plus years as a believer, the apostle Paul said that he had not yet attained to the surpassing worth of knowing Christ as he ought, but he pressed on toward that goal (Philippians 3:7-14). If that was true for Paul, who we can all agree was not your average follower of Christ, how much more true must it be for us! Hosea (6:3) “Let us know, let us press on to know the Lord; his going forth is sure as the dawn; he will come to us as the showers, as the spring rains that water the earth.”—know, not believe in.

If we are entrenched in the World, following its gods and idols, we are not keeping His commandments, and cannot know Him. How many “good Christians” today celebrate the pagan, completely non-Biblical holidays of Easter and Christmas? Too many—probably most. The Roman Catholic Church incorporated pagan festivals to make “Christianity” more palatable and familiar to heathen worshippers, such as substituting Passover for Easter (the pagan celebration of Ishtar). Christ is the Passover Lamb, not the Easter Lamb—Easter is nowhere mentioned in the Bible, but God’s required celebration of Passover is. Jesus told His followers to “do this in remembrance of me”, that being the sharing of the bread and wine at Passover. The Catholic Church also turned the idolatrous pagan festival of Saturnalia—celebrating Saturn the fire god, during which they offered their children to be burned as sacrifices—into Christmas to celebrate the birth of Christ. Jesus was born sometime before October. It was custom for Jews to take their sheep out to pasture around the Passover in early spring, and bring them back in at the commencement of the first rain, which generally begins in October. Since the shepherds were watching their flock in the field by night when the angel of the Lord appeared to them with the tidings of good news, Jesus had to have been born sometime between Passover and the first rain in October.

The pagan Saturnalia worshippers believed they were appeasing their “god” by sacrificing their children to him, believing fire purified them from original sin. The Catholic doctrine of purgatory, to purge the soul from all sin, derives from this pagan belief, and exists nowhere in the Bible. Paul wrote the Corinthians to beware of the subtle deceit of “another Jesus whom we have not preached.” He said, “But I fear, lest by any means, as the serpent beguiled Eve through his sublety (deviousness), so your minds should be corrupted from the simplicity that is in Christ. For if he that comes preaches another Jesus, whom we have not preached, or if you receive another spirit, which you have not received, or another gospel, which you have not accepted…” 2 Corinthians 11:3-4. “For such men are false apostles, deceitful workmen, disguising themselves as apostles of Christ. And no wonder, for even Satan disguises himself as an angel of light. So it is not strange that his servants also disguise themselves as servants of righteousness.” 2 Corinthians 11:13-15.

As Jeremiah said “Our fathers have inherited nothing but falsehood, futility and things of no profit.” That is what we inherit from the World (Satan). We need to be fully in God’s Word to know what He commands us to do, and what His promises are—not some false doctrine, teachings, cannons, and creeds men have created that we have foolishly allowed ourselves to inherit because we listen to and put our trust in men rather than God.

1 Timothy 4:3-4 “For the time is coming when people will not endure sound teaching, but having itching ears they will accumulate for themselves teachers to suit their own likings, and will turn away from listening to the truth and wander into myths.” That time Paul was talking about is now.

Ephesians 5:11 “Take no part in the unfruitful works of darkness, but instead expose them.” As true Christians who study God’s Word and follow Christ as He commanded us, it is our duty to expose the “unfruitful works of darkness”, especially when we encounter them in our churches. Our churches are in serious trouble now because too many leaders are not preaching the Word of God, but some watered down, “politically correct”, socially acceptable, nice, happy, “just do good and you’ll be ok” version that has nothing to do with Christ’s teachings, and will leave many people totally unprepared for the times that are coming.