In These Days, We Need to be More Like Daniel 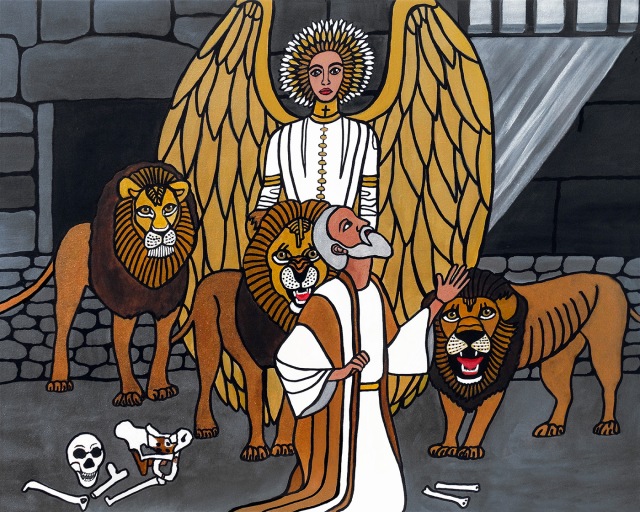 There are many prophets throughout the Old Testament, men with a strong faith and love of God, who God used to make Himself and His plan known to man. The Book of Daniel is filled with amazing prophesies and messages to man then and now.

In brief and partial summary of Daniel 1-6, the story of Daniel begins when Nebuchadnezzar, King of Babylon, captures Jerusalem and takes many captives, including Daniel, Hannini’ah, Mish’a-el and Azari’ah (called Belteshaz’zar, Shadrach, Meshach and Abed’nego by the Babylonians). These four are chosen to serve in the King’s palace because they are young men without blemish, handsome, skillful, wise, and endowed with knowledge, understanding, and competence.

Some years later, King Nebuchadnezzar had a dream which troubled him greatly. He called his wise men, astrologers, magicians, enchanters and sorcerers to make known his dream and its interpretation, which none could do. God revealed to Daniel the complete dream and its interpretation, which he told the King, after which Daniel became a most trusted counselor of the King, who by the end of his reign, would become a believer in the One True and Living God.

After Nebuchadnezzar died, his son, Belshaz’zar, became King of Babylon. He did not last long as he was young, arrogant, foolish, known for excesses, indulging in drunken revelry and debasing sacred temple vessels by using them as wine goblets for his parties. He was killed (as Daniel had revealed to him when he translated the writing, witnessed by the King being written by the disembodied fingers of a man’s hand on his wall), when Darius, King of the Medes and Persians, captured Babylon. This is where the saying “the handwriting is on the wall” comes from. The writing on the wall (in Aramaic) said: “MENE, MENE, TEKEL, UPHARSIN”, which Daniel interpreted for the  King as: “God has numbered your kingdom, and finished it; you are weighed in the balances, and are found wanting; your kingdom is divided, and given to the Medes and Persians.” That night King Belshaz’zar was slain when King Darius overtook Babylon.

Daniel then became a trusted counselor of Darius, who planned to place him in charge of the whole kingdom because of his virtue. The officials Daniel would be placed over had been stealing from the King and they knew Daniel would discover it once in the position of overseeing them. They plotted a way to have him killed. Because Daniel was such a devoted man of God, they could find no fault in him to use as grounds for a complaint; however they knew that Daniel set aside three times a day to kneel and pray to God; and they were certain nothing could stop him from doing so. They came up with a cunning scheme and went to the King encouraging him to establish an ordinance that for 30 days no man should make a petition to any god or man but him, to prove his sovereignty, with death in the lion’s den as the penalty for violation. In pride and vanity, the King signed and sealed the ordinance, which under the law of the Medes and Persians could not be altered or revoked once sealed. They then waited for Daniel’s prayer time, and immediately had him arrested and brought before the King.

The King was greatly distressed and did everything to try to find a loophole in his law, but there was none, so Daniel was sent into the lions’ den overnight to die. The King suffered a sleepless night, and at daybreak raced to the lions‘ den and cried out in anguish: “O Daniel, servant of the living God, has your God, whom you serve continually, been able to deliver you from the lions?,” to which Daniel replied: “O King, my God sent his His angel and shut the lions’ mouths, and they have not hurt me …” The King then demanded that Daniel be taken out of the lions’ den and those who had accused him be thrown in. By that time the lions were really hungry. Darius then made a decree that all in his kingdom should worship only the one true and living God.

The lesson here is clear—if we put God first in our lives, as Daniel did, instead of foolishly attempting to be the god of our own lives, even though we may still encounter lions in life, He will carry us through to safety. Everyone encounters lions in one form or another in life, as we live in an imperfect world ruled more and more by sin. Lions will be the cause of physical death for some, including believers; but going through anything with Him beside us—just knowing that He is there with us through it, and that we will be with Him on the other side of it—envelopes us with peace that we could never experience outside of Him. That goes for death however it happens, and every trial and tribulation we go through in life.

People often say that fear of death is the fear of the unknown. Every one of us came into being knowing our Creator and His Law; it is imbued in our spirit— we do not need to be told. Many choose to ignore Him or pretend He doesn’t exist; but at our core, we know. Fear of death is the knowledge that we are not right with our Creator, and so have every good reason to fear. If we are at all aware, our conscience tells us, and our conscience is that still small voice, even if only heard faintly, of God. God speaks to everyone, and everyone can hear Him, many just choose to bury themselves in so many distractions that they drown out His voice. Daniel’s life was blessed and God saved him from the lions because he listened to God. Anyone who possesses wisdom does the same. Galatians 6:7 “Be not deceived; God is not mocked: for whatsoever a man soweth, that shall he also reap.” If you sow separation from God in your life, that is what you will eternally reap. Whether you acknowledge Him or not, you are still abundantly blessed by Him. Think of love, joy, beauty, every good thing you can think of in life, all which comes from Him; and then imagine a place where none of that exists. That is separation from God; that is Hell.

If you haven’t read it, Living Among Lions by David and Jason Benham is an excellent book by two young men who are living as modern day Daniels.